Global Mode > is an experimental participatory performance on interdependency, ecological disaster, and manipulation of information. It explores the emergence of collective action from individual intentions, summoning a “dance of agencies” between the participants, flocks of virtual animals, and performers from the past. Through three reinvented mythological stories—Prometheus Herding PigGooses, Narcissus and Drowning Animals, and Cassandra > Low Witness Objects, and new interactivity technology developed in the urgency of the pandemic, it transposes ancient myths to our acute political moment and questions the linear understanding of both.

Upon entering the virtual space through the webcams, each audience member is linked to an animal avatar. We join the “herds” and “flocks” that inhabit the scenes, and our movements start to influence exponentially the movement of the entire flock/herd, and eventually–the movements of the rest of the participants. We are also presented with the possibility to push a police helicopter and make it bloom, to stop the compulsive milking of drowning animals, and to endlessly transform Pigs into Geese and back

The non-linear world of Global Mode > has no ultimate “goals,” nor wins or losses. Rather, it compels an almost unconscious, immediate set of intentions and actions: a response and activity in the midst of blindness to evident horrors, predictable disasters, and baffling cruelty. Involving viewers through unscripted movements and intuitive gestures, the performance explores the instability of our actions, their unintentional outcomes, and the continuous/constant mediation these actions are subject to. 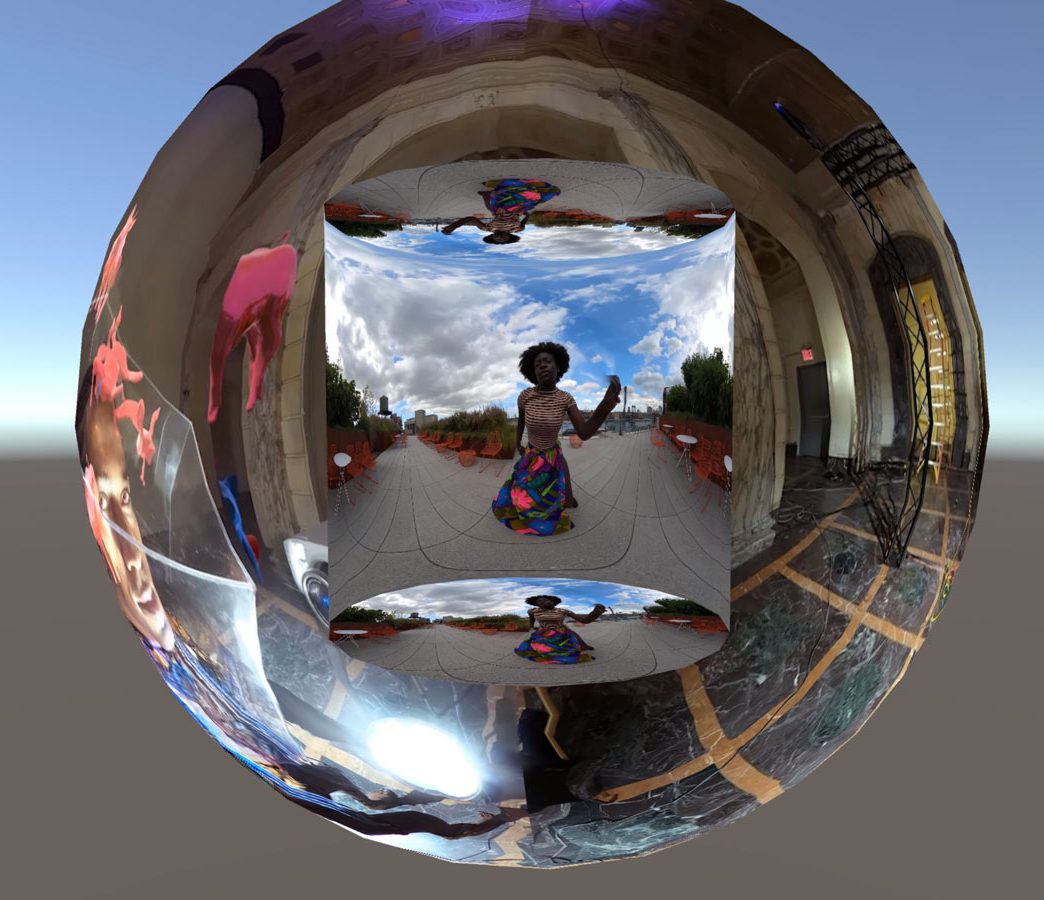